The Film Society of Lincoln Center debuted in 1969. After half a century celebrating cinema’s fresh faces, it needed a fresh face itself. Spagnola & Associates had one month to develop a new identity for its 50th anniversary.

The organization had dropped “Society” from its name, becoming Film at Lincoln Center. Our challenge was to create a design that complemented this simpler, less stuffy title, yet also conveyed the program’s maturity and prominence. We achieved that in part by pairing the new logotype with a distinct and memorable symbol, or “mark.”

Film was originally called “moving pictures,” and visual movement remains at its core. Our new mark conveys that sense of motion. Referencing film reels, spotlights, and lenses, it’s rendered in a striking violet and supported by a clean, clear typeface. The result is contemporary and timeless, reflecting our philosophy that good design lasts. It is at once approachable, memorable, and playful, flexible enough to stand out in applications large and small—from dramatic projections to small smartphone screens, from T-shirts and totes to business cards. 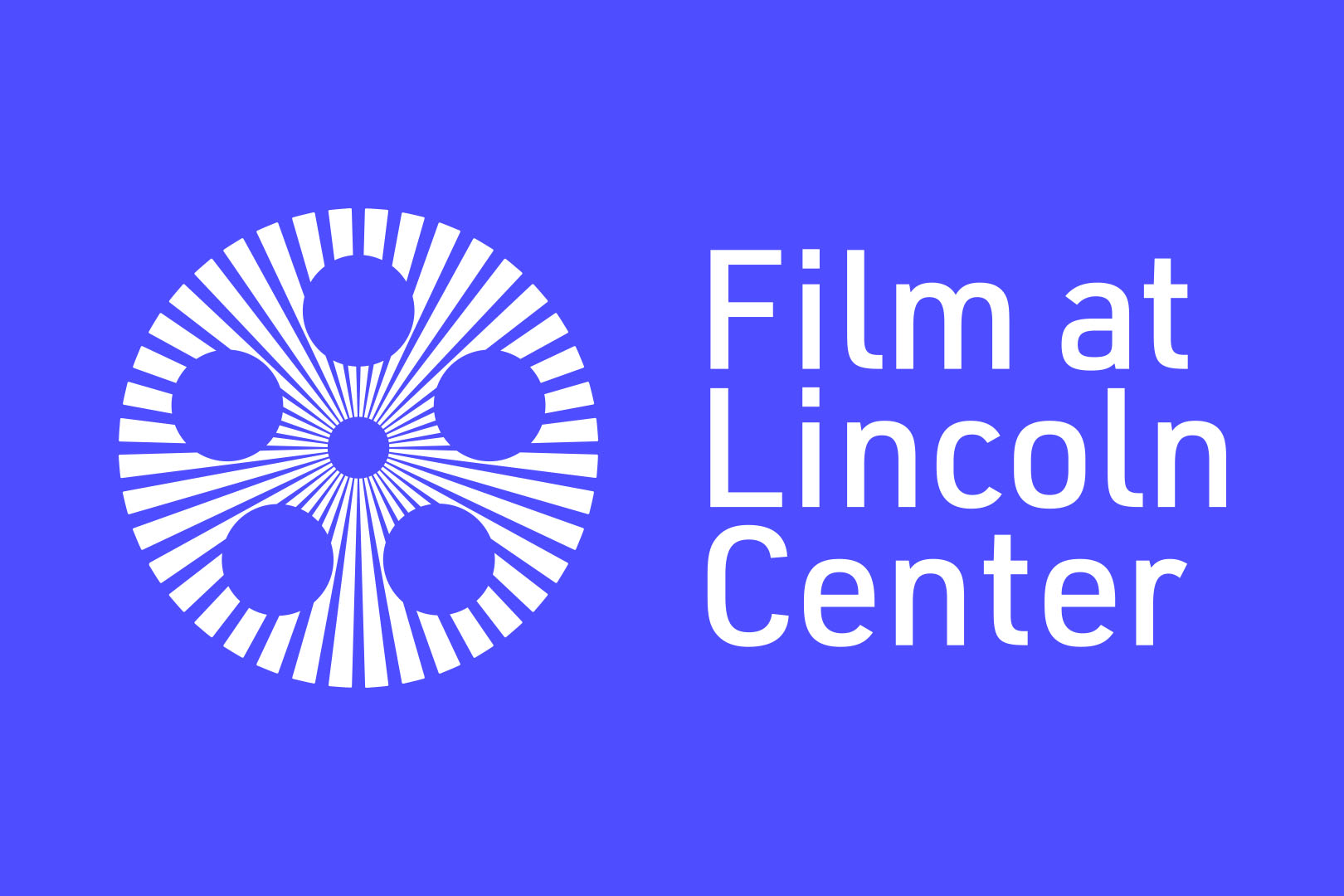 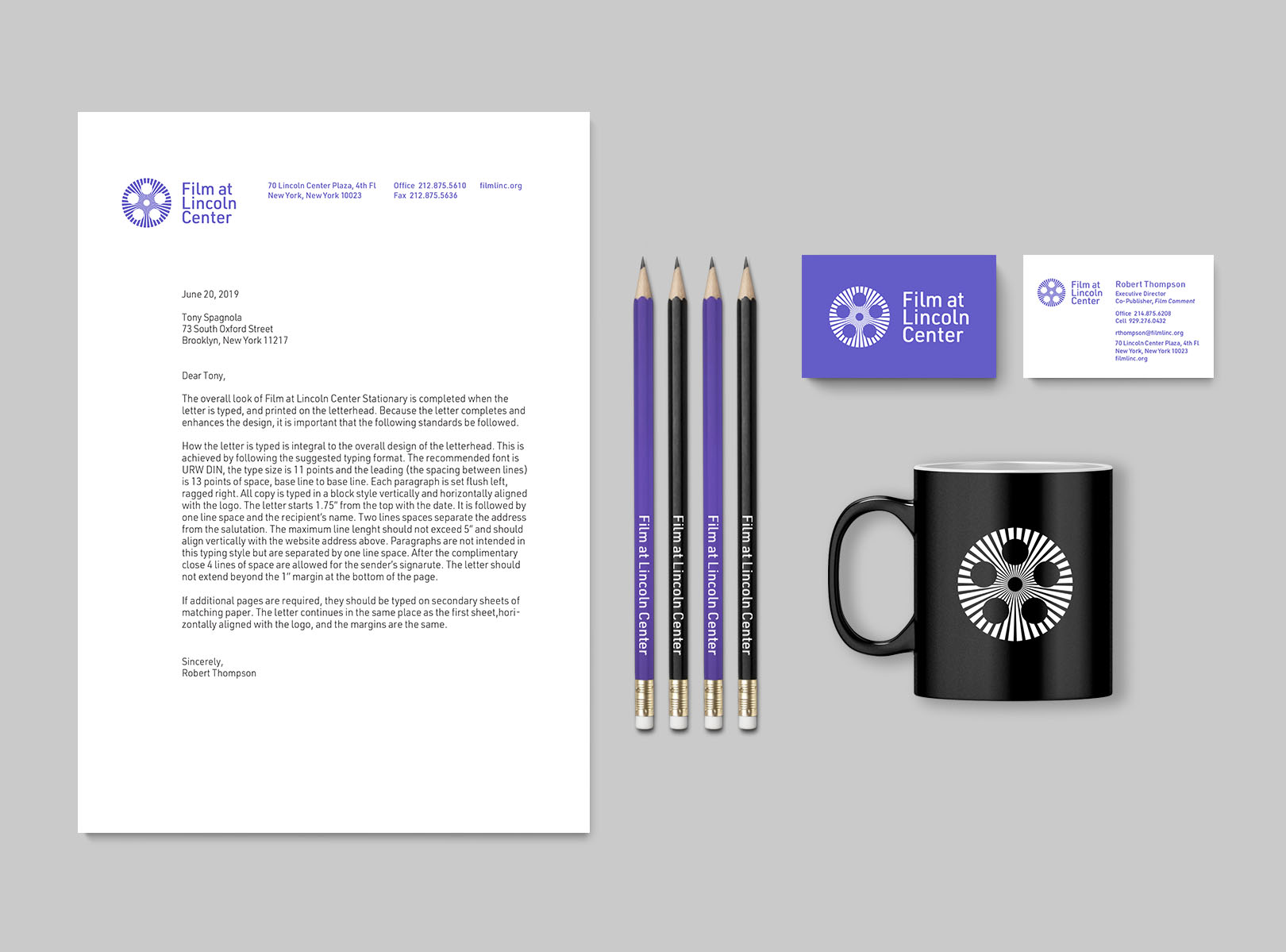 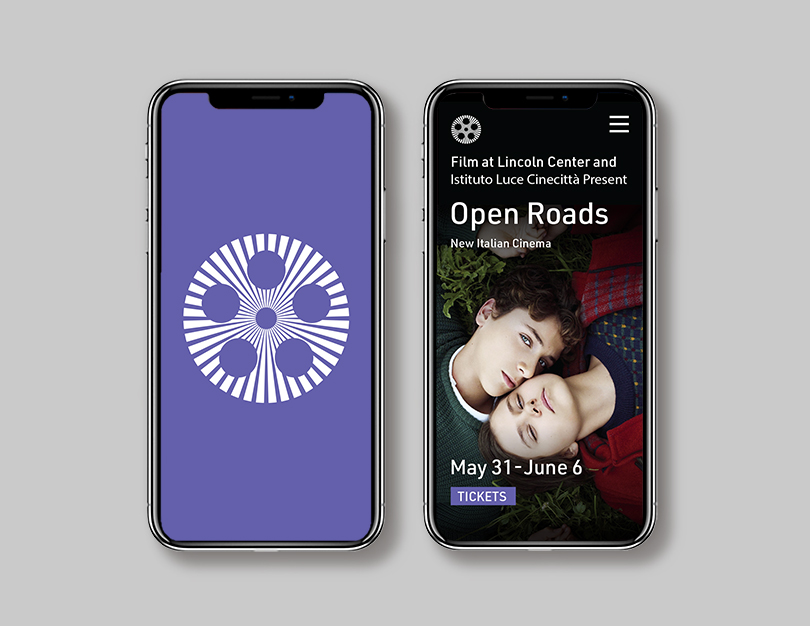 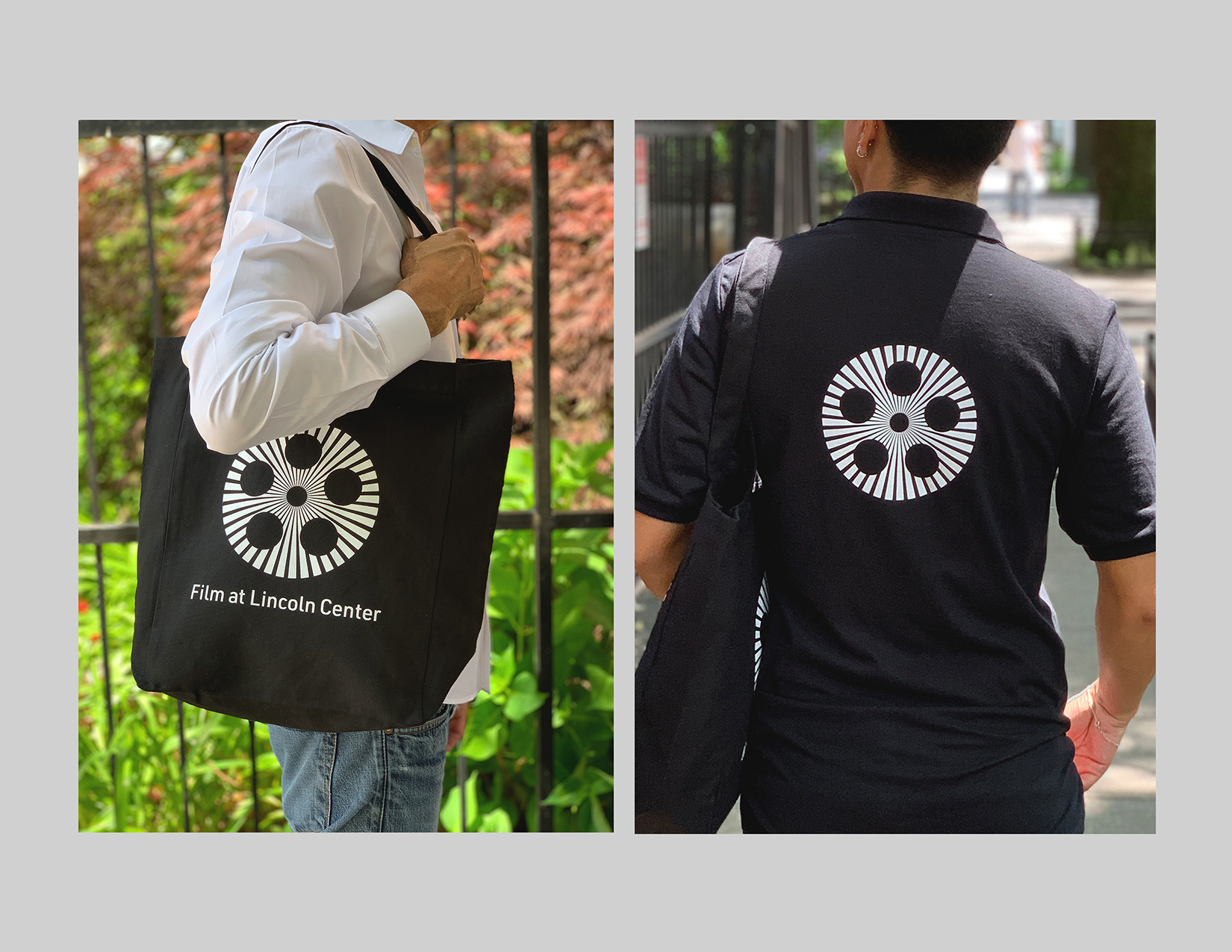 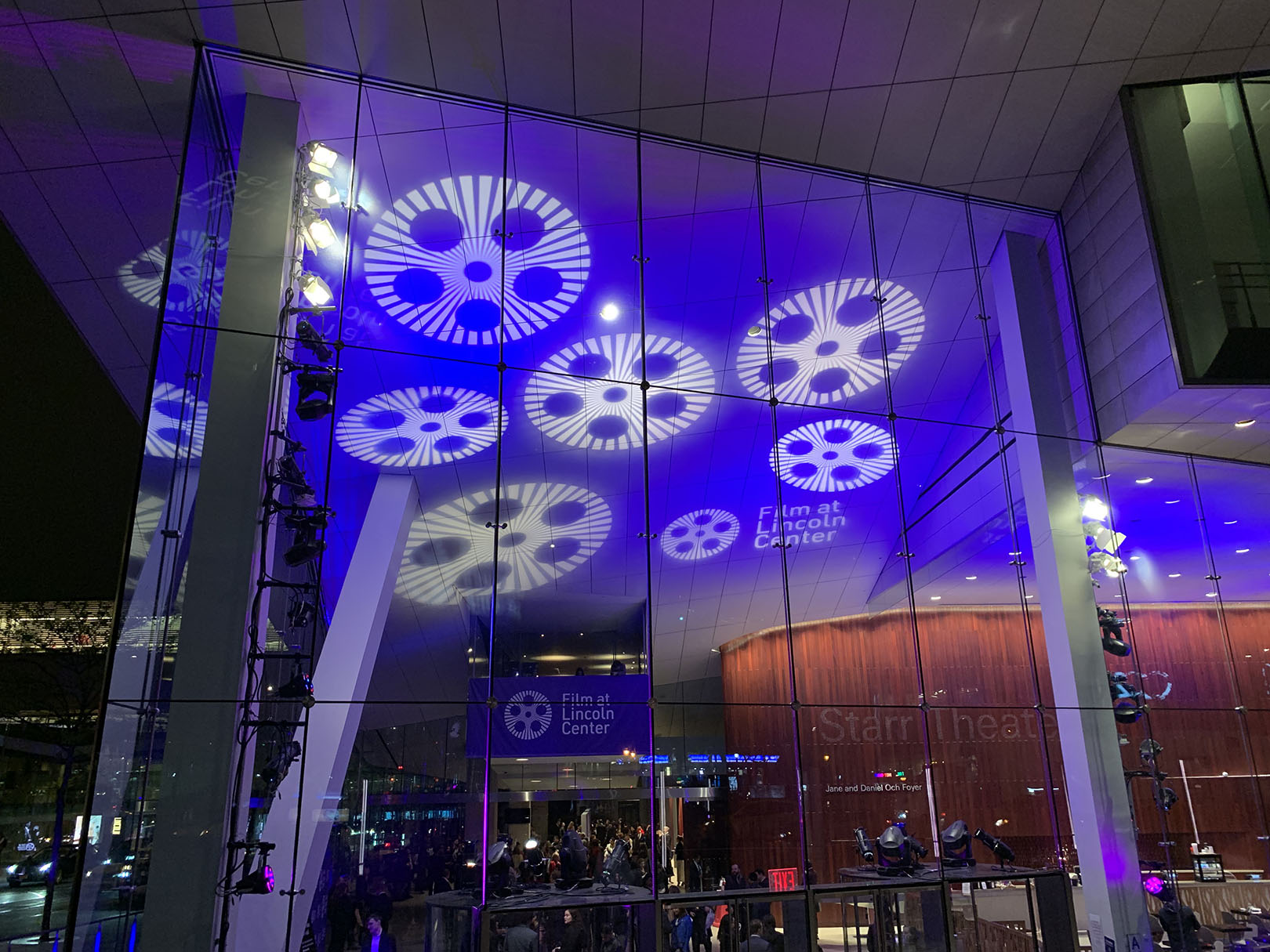